Sean Hollick
My Races from 2004 to present.
A one page at-a-glance list can here: All Races I've Run.

Hopefully today will get me back on track, its been a hard time the past year after this dark brain tumor came out of no where! But I think we may have that under control now with meds as its seems to have been arrested and is not growing, but the meds kick my ass and leave me with so little energy, its hard to think back to a little over a year ago I was running in 5Ks, Half Marathons, Marathons every weekend all over the midwest, including the Boston Marathon!

I had a nice short run this afternoon with my son Nico, he's 10 and I think he might have been walking along side me half the run while I tried to pull off a slow jog. I couldn't tell since I was focused on getting enough air into my lungs not to pass out, while at the same time trying to lift my legs that seemed to have turned to logs sometime after the first block away from the house.

Yeah I haven't ran for over six months sigh, except for a family 5K in which my 7 year old ran along beside me well and ahead of me then beside and ahead arggg, you know how those damn little kids run! Atleast he said with me though encouraging me that we were almost there! Which he began doing about 100 yards into the run lol! Pamela and Nico had long left us in the dust, but we knew they'd be waiting at the finish line.

Well head up and push forward and hopefully I can beat this lack of energy, motivation and heath setback.

I plan on running with Nico after he gets home from school on M-W-TH and taking a longer run saturdays. Eventually maybe I can work my way back to running with my lovely wife Pamela!

Stay tuned we will see what tomorrow brings because right now everyday the I wake up and am alive is a wonderful gift!
Posted by Sean Hollick at 9:38 PM 4 comments: 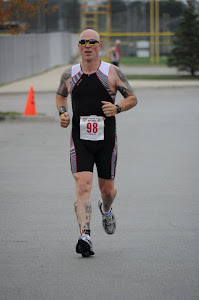